2015: BRIEF TOWARDS A MIDDLE-OUT URBANISM

TOWARDS A MIDDLE-OUT URBANISM
From surgical interventions to visionary statements: the best graduates from all over the world are invited to Madrid and challenged to develop plans and design proposals in a multidirectional approach to the city. Madrid can be considered as an urbanscale mirror to the social, economical, political and cultural landscape determined by the global financial crisis during the beginning of the XXI century in western societies. Its urban development have been ruled by speculation and creative destruction processes based on the believe of everlasting resources and permanent uprising values. This mirage led to the proliferation of peripheral neighborhoods where families and companies alike invested most of their savings and capital. Besides, the administration and public services were substantially funded thanks to taxes and permits related to the urbanization and construction industry. Therefore, the bursting of real estate bubble has left a local municipality in bankrupt, hitherto unseen high inequity and unemployment rates and paradoxes such as ghost neighborhoods and daily evictions or brand new infrastructures without users and empty lots in a city centre with a lack of equipments. However, this uncertain scenario has allowed numerous citizen initiatives to arise and put into practice alternatives to the way the city have been thought, built and lived. Although these practices are tackling specific local challenges, the relationship between investment and rewards together with the fact that the problematics are, in a certain way, comparable to the ones in other neighborhoods are turning these bottomup urban tactics into an effective way to transform the city. As a result, these dynamics are empowering the citizenship, making it an actor able to propose an perform significant changes in their environment. In this context, we could state that although Madrid has no topdown strategic project as a city, their citizens are already building bottomup partial alternatives, but is it there a third way? Is it possible to put into practice a multidirectional approach to city making in which strategies and tactics can coexist and relate? Can the architect play an intermediate role in this city making process? Can professionals collaborate in a transversal and multidisciplinary middle level in order to transform diverse local and partial requirements into policies and administrative frames and at the same time designing and built sitespecific spatial proposals according to global strategies? What is Middleout urbanism? In Archiprix International 2015 Workshop, a selection of world’s best recently graduated architects urban designers and landscape architects are invited to address these questions through diverse and specific design tasks. Design teams will be led by emerging local practices that will focus on real cases and invite relevant guest and stakeholders. 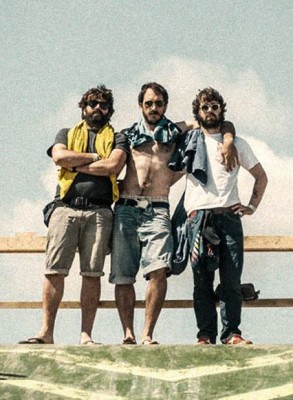