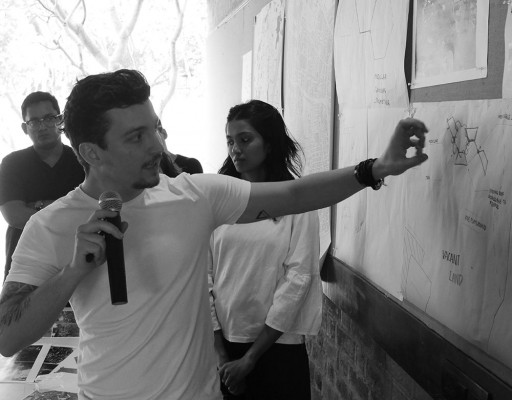 mid term presentation
The group investigates one particular place. The plot is privately owned, but because it is located on a proposed greenbelt in Ahmedabad, the owner cannot develop it. Many other landowners face the same problem. As one might suspect, they are unhappy about this and legal battles are being fought. In the meantime, the people of Ahmedabad occupy these plots, using them as cricket grounds, playgrounds, or places to keep cattle. One thing all such plots have in common is the lack of facilities. The group researched a vacant space located in a poor neighbourhood, not far from CEPT University campus. It is situated opposite a primary school and next to a road. By looking at the way the plot is used at different times of the day and different days of the week, and by talking to people who use the plot, the group discovered the possible needs. These needs will help form the programme for a multipurpose structure that can be copied and built in different locations, and which users of the plot can adapt and adjust according to their needs in time. A prototype of the structure is tested on site. 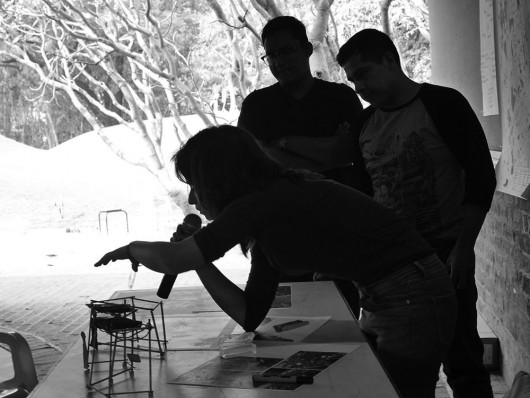 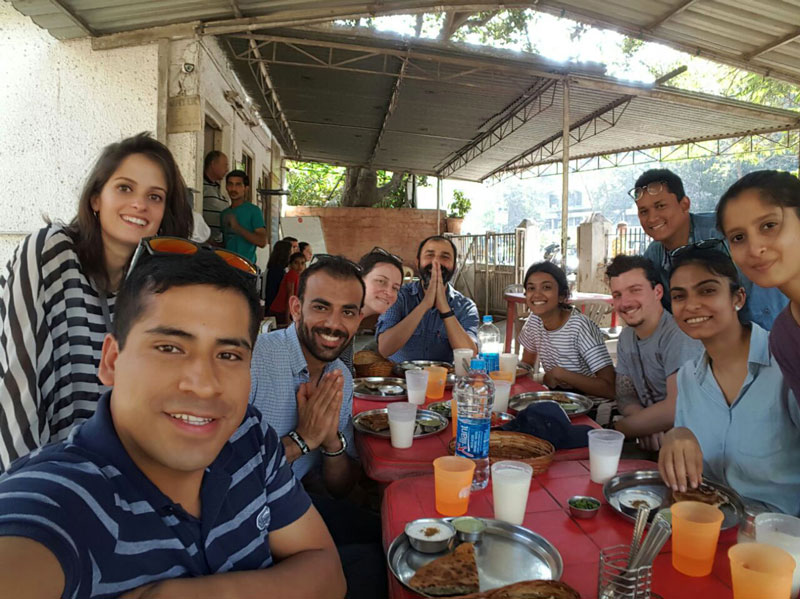 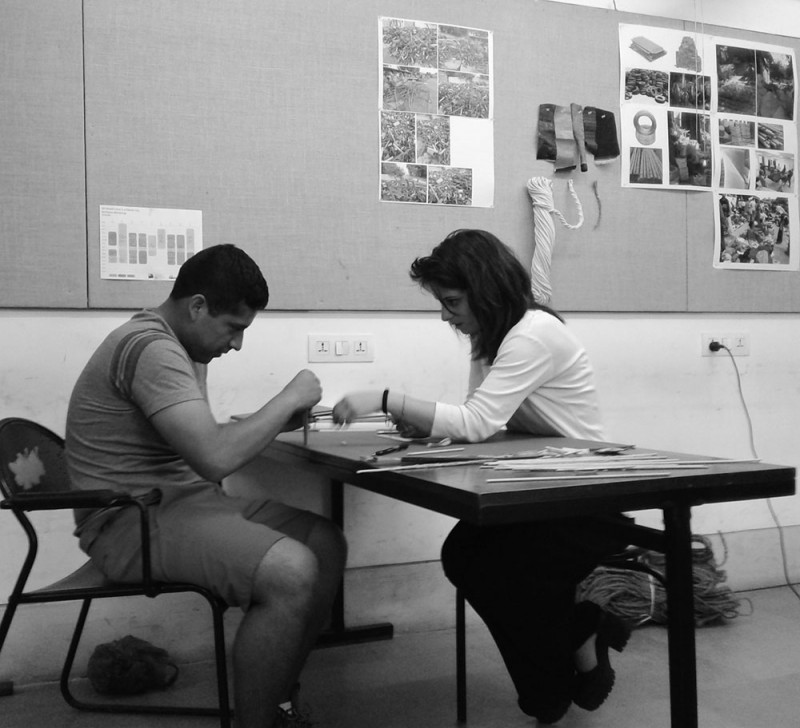 work in progress - Carlos and Federica 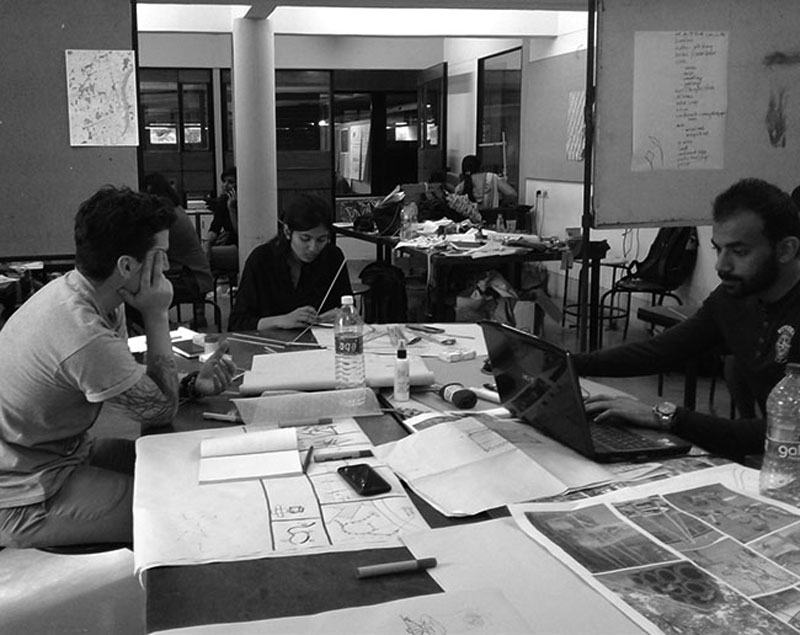 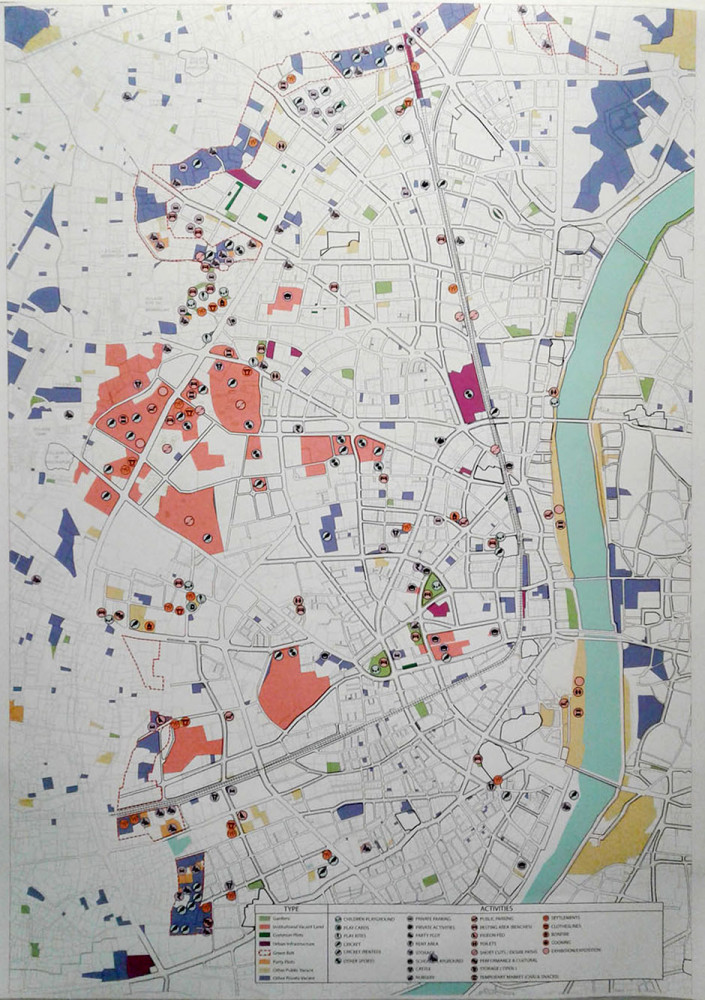 mapping vacant land
Ahmedabad quite a dense city 12.000 people per km2 (compare this with London 5.518/km2, Mexico City 6,000/km2, Singapore 7,797/km2, or Rotterdam 2,969/km2) but still there are many vacant plots. In Ahmedabad they have different namesfor them like disputed land, common plots, frozen land, institutional vacant land, party plots and public gardens (there are not so many of those around town). 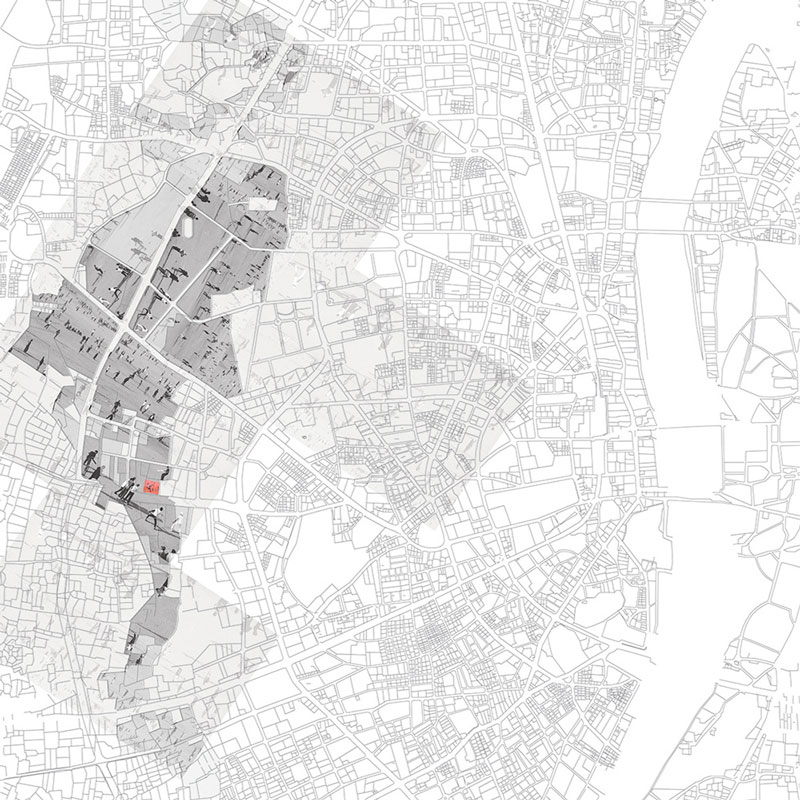 Vacant Land in a Dense City
Ahmedabad is full of vacant land, both public and private, whose surreptitious adoption as a space of play supplements publically accessible parks, which are too few for the city’s population. Our workshop uses the LIC Plot near Shivranjani Crossroads site to understand the condition of vacancy in a densely populated and growing city, one which is not uncommon in India yet is rarely examined. Part of a failed greenbelt that was uncarefully proposed by the city in the 60s, the LIC plot sits among a ring of properties that laid legally vacant for 50 years as their owners fought the restrictions in court. In the meantime, the city grew in size and the string of space became something of an intermediate strip of wild, growing out from the river and rounding back to it. Just two years ago the case was decided and the greenbelt lost, now it is awash with new construction as the building-ban has been lifted. As concrete devours it, the city sits idly by, hands tied. Contested bans like this, along with a mosaic of government actors, family disputes and extended court cases produce an abundance of loosely organized vague space that exists within the boundaries of the city. This ungainly setup, complete with littered boundary walls and abandoned buildings, sits alongside poor quality public space and a dearth of parks. The result of these vacancies is not that of neglect necessarily; rather they are opportunistic spaces, which by virtue of their vague legal status allow realities to play out that need not adhere to the heavy handed commercial transactions of urban land economics. They support an alternate reality in the space of the city, where access is determined not by money but by engagement and claim; where direct negotiation supplants the down payment of capital, and outsiders find a way in. Occupiers fearlessly sweep under barbed wire, make holes in fences and hop boundary walls to takeover the space inside. Couples find private islands of calm, friends chat on bikes, and on Sundays and in summer vacation, hoards of young men and children surge onto open grounds for match after match of cricket. In the workshop we will analyse a set of these vacant lands in the city, noticing how their use changes on weekdays and weekends, and with that information in hand, design a prototype to install in the de facto urban public space at the LIC plot. It serves as a potential marker, to be deployed and redeployed, that both enables and highlights the powerful role occupiers play in transforming vacancy into social space. In line with the unwritten rules of the game, it should be ready to be removed/transformed/relocated if/when the city decides that playtime is up. 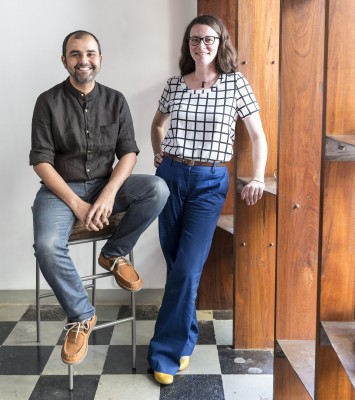 Sachin Bandukwala and Melissa Smith are the founders of banduksmithstudio, an architecture, urban design, and research practice based in Ahmedabad. Their work engages processes of making through research on unique construction methods.