The Waste of Time
Manifesto: Time is not on our side. It is the one resource that each one of us is losing at the same rate. In absolute terms, it should be the ultimate equaliser. However, the urban condition forces us to view time as a progression of production and consumption cycles lending an urgency (at times desperation) to socio-economic progress. Time equally appears to be an insidious divisor when money value is assigned to its productive (work, labour, mobility) or consumptive (nourishment, recreation) or dormant (rest, recuperation) use based on the value of that use has for creating wealth or capital. The workshop provokes the participants by positing that all urban capital assets are actually “time assets” or physical possessions that store and grow the value of one's time. This commodification of time is near total in the industrial (and therefore post-industrial) city today. Contemporary Indian cities are riven by binaries (legal/illegal, temporary/permanent, formal/informal, empowered/disenfranchised, resident/immigrant, owner/tenant, rural/urban). Historicity and modernity, as much points in time as political positions, remain constantly placed in similar binary conflict, apparently unable to come to terms. The workshop argues that these binaries are put in place and reinforced to create (often apartheid-like) asymmetries favourable to the concentration of time assets into the hands of a few.The steady devaluation of physical labour and the condonement of waste, both anti-intuitive to energy and environmental sustainability, further exacerbate the inequity in the creation and accessibility of time assets. In a bid to snap urban spatial practice out of these binaries and explore the value and opportunities in their interstices (or in being schizoid!), the workshop will view the urban condition through the critical lens of temporality. Viewed cyclically ( diurnal, seasonal, masterplan periods ) and linearly (lifetimes, socio-cultural eras, future speculations), the workshops hopes to use time to critically interrogate existing habitat and settlement typologies, processes, behaviour and strategies in the city. Subsequently the participants will be encouraged to make radically traditional/ modern/ futuristic/ schizoid explorations in making and viewing urban habitation in Ahmedabad. image by: Seba Della cc 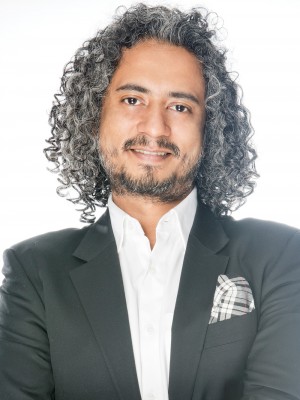