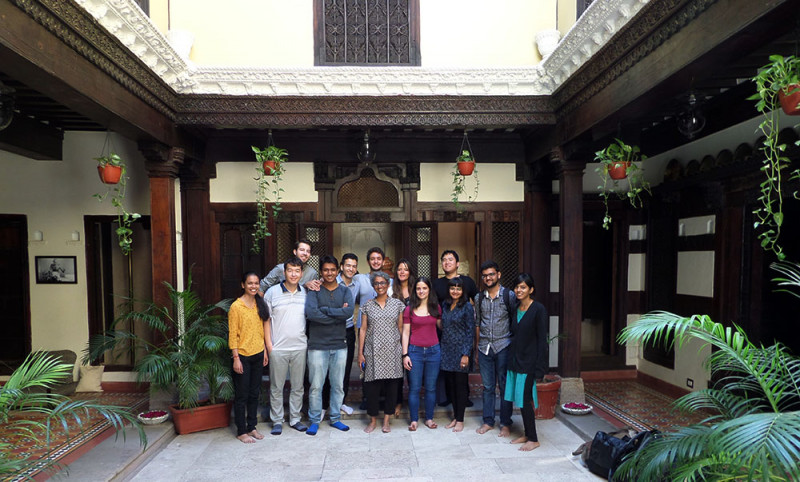 The theory of small decisions is the concept that a city is shaped by small decisions made by people — important people, but also by people without any political or financial influence. The working group researched the way people use two areas in Ahmedabad. One is Manek Chowh, a square in the old city that is surrounded by historic buildings. It serves as a vegetable market in the morning, a bullion market in the afternoon, and a street food market at night. The other area is Hollywood, a so-called informal settlement in the middle of the new city centre. The group focused not only on circular systems like waste processing, but also on how social systems work, and how people adapt to their living conditions. Not so far from Hollywood lies Azad Society, a more formal neighbourhood with high-rise and low-rise housing. Opposite the famous LIC housing project designed by B.V. Doshi lies a large empty site waiting to be developed. Officially it is inaccessible. The group wants to change this and turn it into a public place. The programmatic elements for the empty site are derived from the observations made by the group in Manek Chowk and Hollywood. What values do you perceive and how could you express them? How could you take some elements of the inclusive way of living, socially and ecologically, in Manek Chowk and Hollywood, and implement them on the empty site? Small decisions can make a huge difference and help create a perfect world for tomorrow. 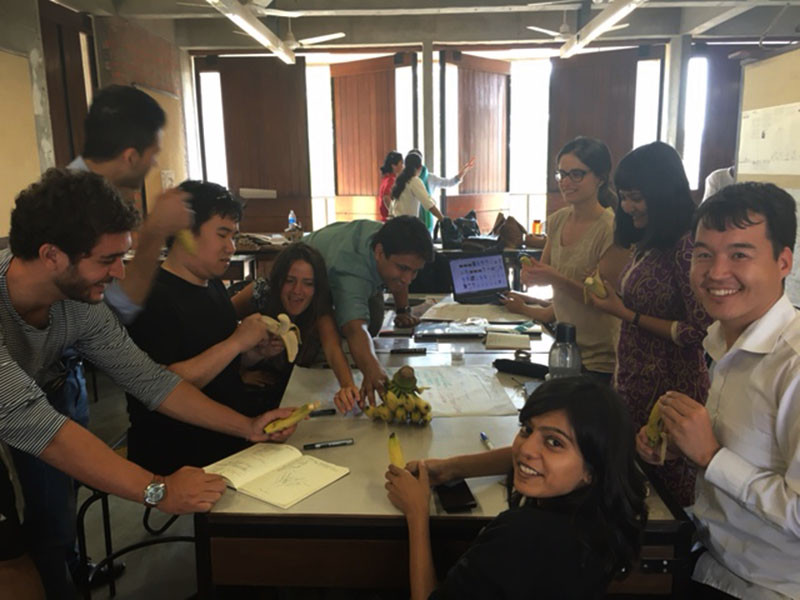 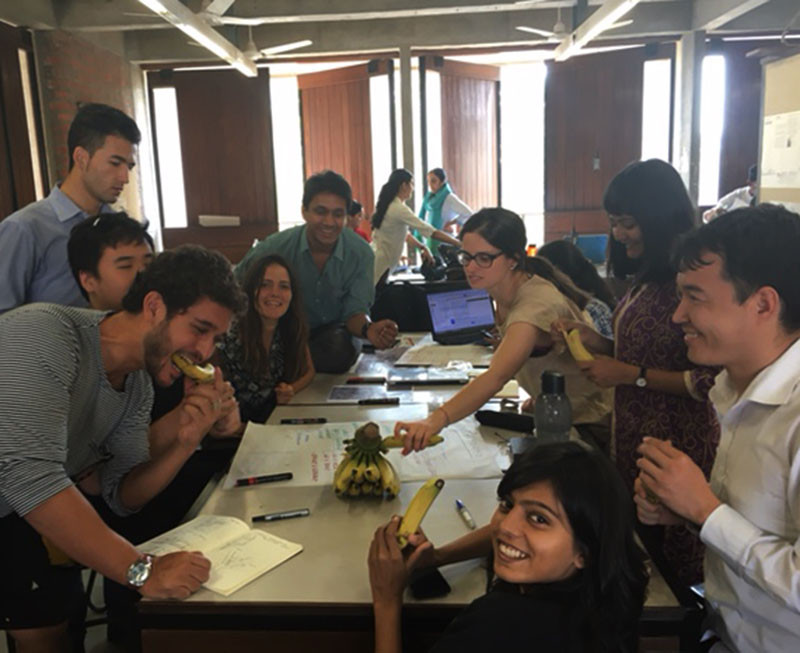 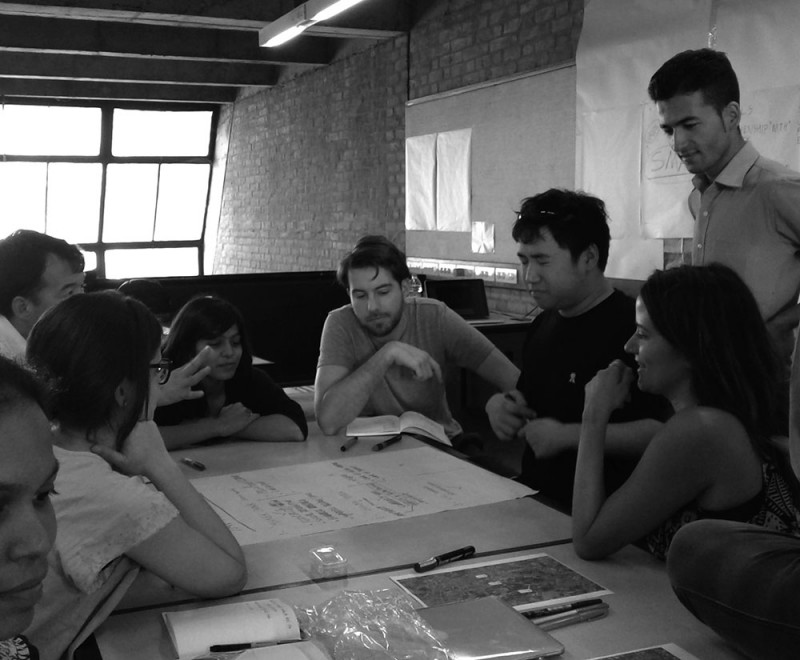 The City Positive
The workshop wants to explore the imagination of future of cities embedded in the current scenario. Our cities are both centers of social transformation and ecological tyrants. As centers of social transformation the cities provide a level playing field to resident to chalk out his/her destiny in a relative nugatory / non-binding ways. As ecological tyrants cities are in a parasitical relationship with their neighbourhoods and sometimes even within the city they create zones of conflict through enshrined class and economic discrimination. Ahmedabad just happens to be a city where this workshop is based. The aim of this workshop is to look at “City” in India where similar experiences happen with contextual differences but there exists a flatness of decision making and implementation because of choices and compulsions affecting the city and its surroundings and thereby the eco system at large. In the workshop the engagement will go beyond the built of architecture and look at how the built lives. In order to experience the living of the built, ecological services to the built will be mapped and the negotiations noted in the different areas of the selected neighbourhood. The selected neighbourhood comprises of co-operative housing, empty plot of land, a homogenous community and an informal homegrown habitation. The workshop will be divided into two stages-- 1 In the first stage the workshop will study how through the “tyranny of small decisions” the city has been shaped. This will be through studying maps of Ahmedabad through ages and relating the maps to ecological services used for survival in the city. 2 The second stage would be the problem solving stage where with the availability of knowledge of future impacts of present decision making scenarios can be envisaged so as to create resilient futures in this era of climate change in the selected neighbourhood. Is there a future of sharing economy and “Degrowth” and create a scenario which makes small decisions positive and non-tyrannical? List the small decisions Studying the impact of the small decisions-Tyranny of small decisions Creating democracy of positive actions based on – 1 throughputs 2 carrying capacity 3 resilience and sharing “When we recognize that we control our own decisions, we recognize that we have the power to control our lives. This is no small thing! When we accept that we are intelligent, empowered persons who can make decisions that affect ourselves and others, we take ownership of those decisions and engage in choices that are ethical, appropriate, and beneficial. Such decisions will minimize negative consequences and promote positive outcomes for ourselves and others around us.” 1 LEARNING OUTCOME – from the ground realities a design methodology is developed which can be adopted contextually in creating well-being in the cities through a virtuous circle of innovation, design and communication. 1 Dr. Nathaniel Williams “The Affordability Factor: The 4Cs of Change (Absolutes of Success Series)” Kindle Edition Bibliography- a critical study of urban land ownership by an individual vis-a-vis institutional (or community) based ownership - the impact of type of ownership on spatial growth, efficiency and equity: a case study of ahmedabad, india by Vrajlal Sapovadia

The unbearable lightness of being - being an architect !