Form:
1. Set of lines and surfaces that determine the drawing, contour or volume of a thing, as opposed to the matter of which it is composed.
2. Set of characteristics that make an action, activity or behavior.
3. The particular mode, appearance, etc., in which a thing or person manifests itself.

The city is a dynamic body in constant transformation where processes of change and overlap of uses have allowed to constantly re-write the built space. At the same time, architecture has been the basal cell by which formal and informal inhabiting processes can read the existing information, hidden in spaces, as codes with outstanding potentials and conditions to be maximized by human needs, allowing the city to evolve from a base state to new “unpredictable” ways.
Our actions leave traces in the context as intangible rules, operating the physical dimension and informing the space by a codified in+formal language.
The workshop participants can unveil, decode and systematize this hidden matter as a lexicon of “architectural blocks,” empowering the Matadero-Franklin neighborhood with tons of available opportunities, a fundamental part of the old Santiago “iron belt,” today the basis of this thriving commercial district on a human and metropolitan scale. 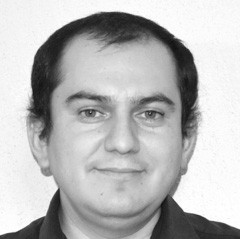 Alberto Fernández G. is an architect from Universidad de Chile with a Master in Architecture from The Bartlett School of Architecture at the University College London. He is a RIBA chartered architect and one of the winners at the 2007 Archiprix International. An academic in the Faculty of Architecture and Urbanism at Universidad de Chile since 2006, his recognitions include the Holcim Awards 2008 “Next Generation” prize, the 2016 Future of Shade, and MOP Art of 2017.