WHAT IF.....
Desacralizing Moscow's Urban Planning's Holy Cows Though Russia is often described as a country of Rogue Capitalism the reality it is ruled by a powerful bureaucracy. The instrument the bureaucracy uses to execute its power is a complex system of laws and rules that finds its origin in Soviet history. In the period after collapse of the communist system many Soviet urban planning norms have not been revised or replaced, but have just been superimposed by the ones of a democratic society and free market. The magic word here is Stability: in keeping everything as it is, the interests of the bureaucracy coincide with that of the population that is still in shock over the economical downturn of the 1990s. Though people seem to agree that things are bad as they are, they are against change since they think everything will only get worse. This kind of stability has a paralyzing effect on urban planning. Firstly - Soviet heritage is nowhere as prominent as in the built environment. You can change a law, but you can't just change a city. Secondly, in a modern society planning requires compromises in order to find the best solution between conflicting interests. But Soviet and post Soviet rules are not meant to be negotiable - each law represent the power of a specific groups of bureaucrats. Moreover, nobody is ready to sacrifice ones own interest or principles for the common good, simply because nobody believes there is a common good. The Soviet belief in collectivity has been replaced by the belief in the pursue of self-interest. As a result everything becomes untouchable, sacred: the roads for the car owners, green for the ecologists, monuments for the protectionists, the huge schoolyards for the parents, housing densities for the project developers and railway yards for the Railway company. Everything is in deadlock - just like the cars on the roads of Moscow. Nothing changes because everybody is afraid of conflict. And in Russia you never know where you end up: in the courthouse, in prison or even worse. WHAT IF..... 1. School yards .....schools in the Microrayons could give up their schoolyards (so these huge fenced of territories can be used for other purposes)? 2. Military and secret service zones .....the military and secret service would move out of the centre of the city (so it could be used for housing and amenities for the population?) 3. Railroad .....the Russian railroad would give up all the territory that is not needed (so it can be used for other purposes)? 4. Courtyards .....roads could actually cut through the middle of courtyards instead of along the buildings (so urban block sizes could be reduced)? 5. Green zones ......the enormous green areas between the Microrayons could be used differently (so these areas could actually be used to improve the quality of life in the city as a whole) 6. Densification ....the centres of the housing districts would be relieved of traffic by a new bypass highway system (so they could become more dense and pedestrian friendly) 7. Insolation .... norms for insolation would be adapted by changing the reference dates for the sun access to rooms from March 21 to April 5 and from September 21 to September 7 (so they will allow for many more housing typologies) 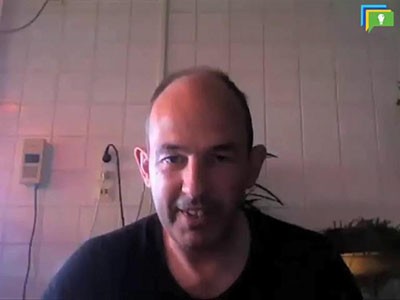 Global brief by Bart Goldhoorn, the liaison between Archiprix International and Moscow