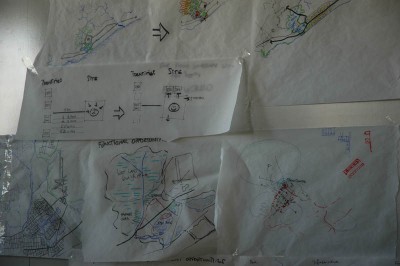 Workshop first presentations (update)
The problem of Paso de Carrasco is the lack of identity and the internal orientation. After the nearby meat industry collapsed, most of the people living in Paso the Carrasco came without work, as there is a lack of employment in this area. Group 1 is working on different scales, from looking at new housing typology and making up a set of architectural rules to landscaping the nearby wetlands. In the future Paso de Carrasco will be better connected to the rest of the city because of the bypass the authorities want to make between roads going up north and roads going up west. The group identified four identities that are in the district and that they want to get into the area, in the conviction, this will upgrade Paso de Carrasco and stimulate further developments. The four identities are: the zoo, football, eco, and a central business district. For relocating the people who now live in the flood zone, Group 1 surveyed the empty plots. The proposal is to fill these in with two story high apartment buildings, which is a new typology in Paso de Carrasco. The houses will be build using recycled material from the nearby wetlands, materials like wood and reed. 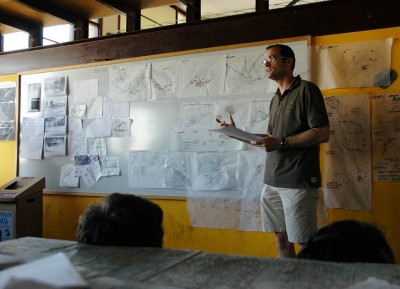 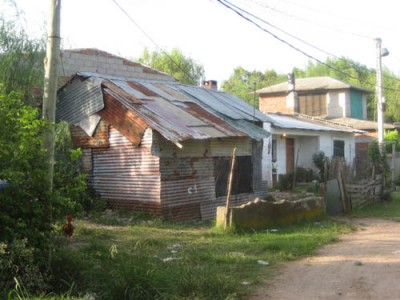 NO LIMITS!(?)
Some parts of Montevideo are critical, in a sense that the living conditions of the people in these neighbourhoods need immediately attention, before the situation gets out of control. One of these places is Paso de Carrasco, especially the 300 houses that are near the riverbank, this part floods regularly. Someone from the municipal asked the participants to come up with ideas how and where to relocate these families, and to make proposals how to give this place more social and cultural relevance.

start workshop
The brief: No Limits!(?)
"Human beings are at the centre of concerns for sustainable development, including adequate shelter for all and sustainable human settlements." UN Habitat Agenda, Chapter 1 According to UN-Habitat, about 1 billion people now live in slums, mostly in the developing world where slum-dwellers account for 40% of the urban population. This number could climb to 2 billion by 2020. Slums are a particular challenge for planners and architects. What can we do? Architecture is a tool to improve lives. The aim of the workshop is to explore architecture as a medium to enhance the life of underprivileged communities in Montevideo. This can be done in many ways – in concepts and concrete ideas for adequate shelter, in the planning of places for social interaction, in defining building strategies that support local economies and that foster the ecological balance, in an architecture that strengthens cultural confidence and identity. Montevideo was once surrounded with a city wall. In 1829 the inhabitants dismantled the wall – a symbol of Spanish domination and declared a vision for a “city without limits”. Where are the limits and walls today that could be worth to break down - in the society and in the built environment? We will put our focus on the dark spots of Montevideo, look at the edges of the bright avenues or places and get in touch with slum dwellers. Starting with an analysis of the problems as well as potentials the project’s results can be about housing, public infrastructure, cultural interventions, landscaping…concepts and ideas beyond the limits. 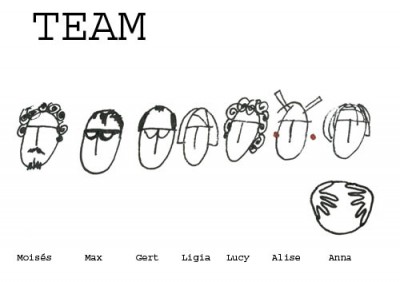 Winner Archiprix international 2007 with the project School_handmade in Bangladesh . This project was awarded with an Aga Khan Award 2007.