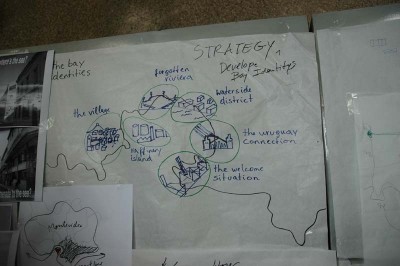 Workshop first presentations (update)
The proposal deals with identity. Group 5 states that the bay misses identity. There is only one axe in the old town that gives a straight see-through from the city towards the sea, nowhere else does the city touch the sea. What Group 5 did, was to locate the sites where the city could touch the bay and to create new identities for these places. Identities that have in some way a connection to the identities that are already to be found in the surrounding areas, like the abandoned railway station, the warehouses, and the refinery island. To create these new identities, they will propose different atmospheres. What can happen in the areas is closely linked to what happens in the hinterland. As a metaphor for their strategy they use an image of the bay as the pumping heart of the city. 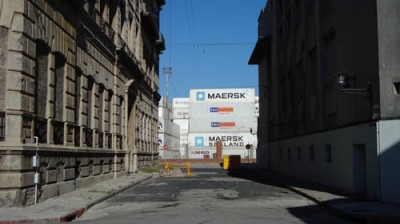 Like group 4, group 5 also concentrates on the bay area. Now the bay is the dead end of the city. What if Montevideo would be a world hub? How to put Montevideo on the map? The participants want to bring back the lost identity. It\'s about the potential of the location, formulating the challenges, and think up solutions. It\'s not about how the area is going to look like, but how it can be used. There is talk about making a video and 3-d models. One part of the group will deal with the designing part and the other will make the presentation.
The brief
Globalization in its literal sense is the process of transformation of local phenomena into global ones. It can be described as a process by which the people of the world are unified into a single society and function together under comparable values. When translated to urbanism and architecture, globalization means that the different city- and landscapes, the diverse “genius loci” of the world, will come in contact with each other and exchange their development, contemporary topics of discussion, challenges and solutions. Thanks to the speed of communication and great interchange of professionals, architecture, we often say, has become a global subject. We often find the answers for our local challenges abroad. It is wonderful that we are, let’s say, not alone. But the impact of ‘flattening the globe’ costs often a big deal of IDENTITY. Montevideo is characterized by different architectonic and urban identities which, working together, form a unique city. Its great potential lays on the fact that it combines a clear city atmosphere with a luxurious amount of nature, from parks to a long coastline, and from industrial landscapes to well ordered and charming colonial streets where the huge amount of trees play an important role in the definition of the city’s identity. The streets of Montevideo are “the greenest streets of the world” and its coastline one of the most diverse, bringing sand beaches and varied sea harbours together as a continuous theatre scène. This coastline, like a “business card”, tends to represent the diverse city areas. Coastal cities, developed with the impulses of maritime or fluvial commerce, often gained their main identity from their harbours. With the growth and consequential relocation of these harbours and with the lost of their major roles to trains and airports, the harbour areas often became “lost” areas working as barriers between city and water. In Montevideo, the 1900’s harbour offers a great extension of history and potential structures waiting for re-development. It almost separates the city from the bay, one of the most important areas of its natural identity. At this special point the city almost tries to “steak its head above the harbour” to be able to look again into the bay. It imports from abroad high-rise structures which, standing isolated, tend to uncharacterize this particular area rather than offer it a new link between city and water. The phenomenon of “re-conquering” the waterfront by re-using its existing structures and re-designing the coast-line is an active one in many cities all over the globe. The river cities of Rotterdam and Amsterdam in the Netherlands offer good case-studies. Also the south-European sea cities of Lisbon or Barcelona illustrate this method of “re-enforcing” the city’s identity by creating a new image for the coastline. An important factor for its success is the exploration and re-definition of the existing atmosphere, avoiding the risk of loosing the character of the area. Montevideo often competed with its great neighbours, looking to their own development, almost loosing contact with its own self. By identification and proudly acceptation of its great and unique characteristics and the re-enforcement of these, the city can be reborn as an example of harmony between history and modernity, and between land-and cityscape. 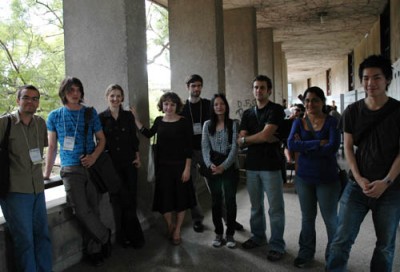 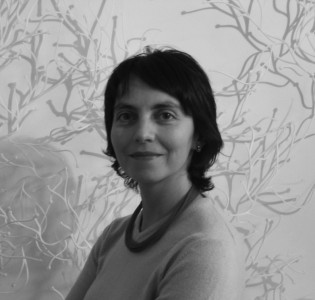