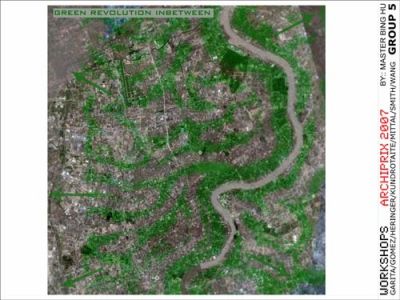 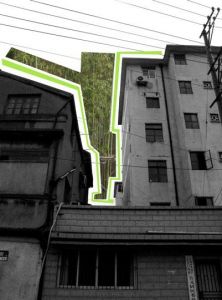 Midterm review group 5
Group 5 came with a proposal which is a direct reaction on the climate change issue. They want to bring a green revolution into the city. In doing so they want to achieve economic, social and cultural sustainability. They introduced the word In-Between. In stands for Interface, Between stands for environment and the - stands for the relation between the two. Right now they are applying the In-Between concept on two models: a tabula rasa and the existing city. 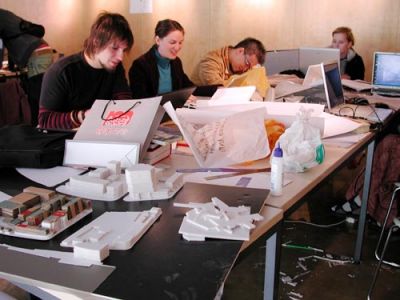 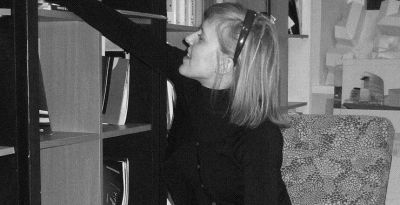 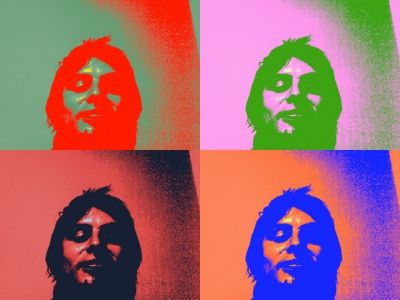 mike
From Costa Rica
The brief
Ferry Terminal at Dongjia Du The given site embodies the feature of in-between in terms of its physical, cultural and social position. It is located between the historical area (the Bund) and the area for further development (“2010” Expo), on the border of nature transformed into man-made environment. It is within an area mixed with the sacred (cathedral), civic (residence/market), and industrial activities (light industrial infrastructure). This workshop is interested in making in-between space and opening up of a program in order to question conventions of division and the social structures that inform/deform lines of order. Ferry terminal project offers you a programmatic starting point. Participants are encouraged to “actively and imaginatively” program this terminal. Action: Landing: Locate the current situation. Produce diagrams on the relation of the given site with its zone and the city / the transportation situation in the given site and the area nearby / social life. Value the site and identify questions. Mapping: Identify site strategy. Reorganize programme for the whole zone in order to identify the “position” of ferry terminal and its relation with the other area. Transforming: Proposals for ferry terminal. “Actively and imaginatively” program this terminal. In constructing space, the making of ground is expected to be explored. 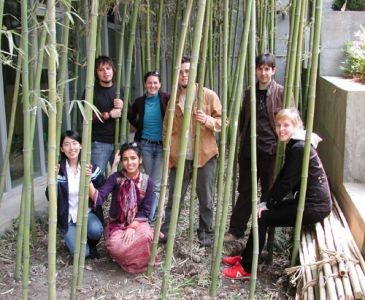