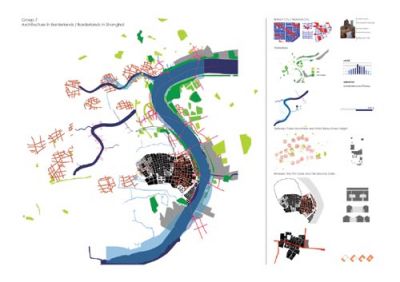 Workshop results group 7
Untitled DocumentFinal presentation
Midterm review group 7
The group is dealing with borderline architecture. They came up with three proposals. 1 The high-rise buildings will be build anyway, so you better discuss the issue how the reserve of the city i.e. the radiance of public life, can be kept and in one way or another, and put in high-rise buildings. Their proposal: a reinterpretation of the traditional lilong houses and what they call the 1234 family houses, in a vertical typology. 2 Green space to create views from the traditional city to the riverfront. They speak of creating a window. Apart from creating a new public green space, the prices for property in the Dongjiadu area will rise and this makes it perhaps possible to realise a different kind of development (typology wise and programmatically) . 3 In the centre of the city parks are disappearing or getting smaller. The surface is almost totally made up of hard surfaces. Rainwater can only get away via the sewer system. Because of the climate change the water in the river will rise with 0,9 meters. The sewer system can\'t cope with that. The third proposal is about developing a new typology by letting trees grow out of the facade. It is green, the trees absorb a part of the rain and it can work as an air conditioner. Between the trees and the building, there will be a space that will be half-public half-private. 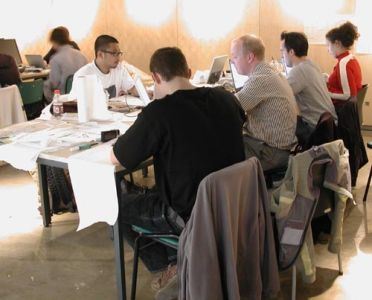 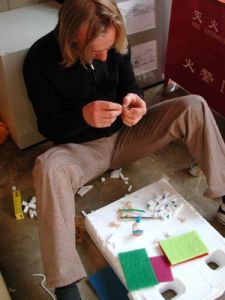