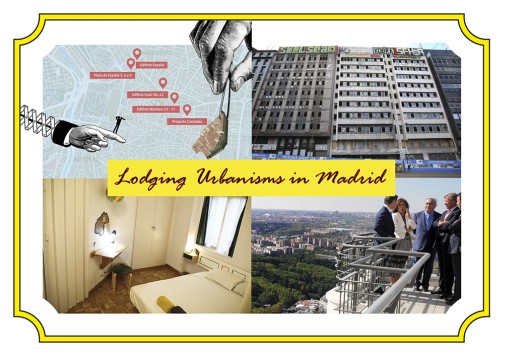 Lodging urbanisms in Madrid
Making the city through immersions in its hotels, home´s rooms and other tourists and visitors infrastructures

This workshop aim is to approach the specific forms of making the city that arise in relation to lodging spaces for accommodating tourists and visitors, exploring both its problematics and/or potentials. It is about both physical and virtual structures today managed by large, medium and small economic actors.

Today, lodging spaces are playing a central role in the construction of Madrid. It is no coincidence that many of the empty publicly owned buildings in the city centre are being offered by the local government to powerful investment entities and businesses with the purpose of opening new hotels pursuing specific political urban agendas. The different lodging infrastructures and the spaces associated with them reflect the interests of different powers, and several conflicts between different social and economic groups of the city. The lodging platforms facilitate the arrival of travelers, who bring with them new social imaginaries to the city. But as they can be means that connect, they are often effective means of exclusion that separate otherness. For example when hotels in the centre of Madrid have accompanied the transformation of entire neighbours largely dedicated to tourism in detriment of local users, enhancing gentrification by sharp increase in real estate prices and other dynamics that force the displacement of local populations. Besides of what could be seen as a dominant trend, we could argue that today the diversity of lodging infrastructures for visitors (not only hotels but also for example rooms in ordinary citizens’ homes and other physical and virtual facilities) can be related to diverse urban dynamics favouring different interest groups.

Those infrastructures are nodes which form part of entire ecosystems managed by economic groups (i.e. investors, large chains, virtual platforms), public bodies (i.e.. city hall) and citizens (i.e. people offering rooms, apartments, or their couches to accommodate people in exchange for money or for free). Each one of them can be linked to specific agendas and contrasting and competing economic and social city models. For example between the traditional capitalist economies and the emerging sharing economies, but also between the free ways of sharing without economic exchange vs those that capitalize it.

What kind of lodging infrastructures operate today in Madrid? What are the differences and similarities among them? How have they evolved in time? What kinds of neighborhoods, physical and/or virtual, each one of them produce? Who are the agents and what are the political agendas behind? How are those articulated within the urban geography? How are those linked to the social and economic ecosystems of the city? What kind of urban ecosystems could the evolution of those infrastructures facilitate in the future? Are dystopian scenarios ,for example in relation to the domestic space and in the city, foreseeable? or perhaps resilient, social empowering scenarios as well?

We will approach these lodging´s urbanisms beginning with the study of the different infrastructures that articulate them. The work will imply different scales, from the largest and translocal ones to the micro scales of interior environments. Research will be understood not only as the systematic pursuit for what is not yet known, but as a mean to critically approach and debate those desirable and/or undesirable scenarios that could come out of the existing. 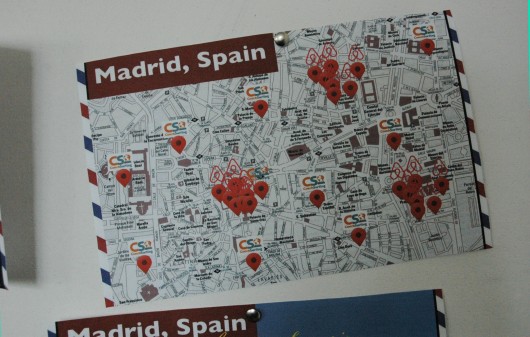 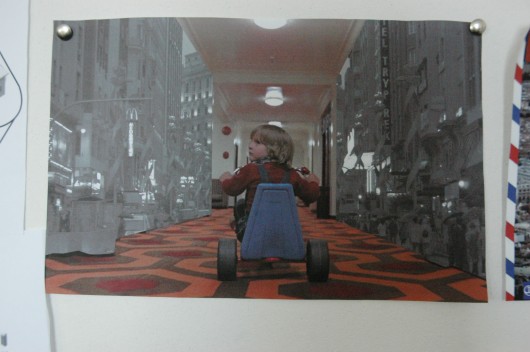 Although tourists are good for the city’s economy, large numbers of them can also be a burden, for the
residents and the city itself. Lodging Urbanism in Madrid investigates how mass tourism influences the urban planning and the consequences it has for the residents.
They not only analyse the official lodging facilities like hotels, but also the netwerk ones, like Airbnb. The research must be understood not only as the systematic pursuit for what is not yet known, but as a mean to critically approach and debate those desirable and/or undesirable scenarios that could come out of the existing. 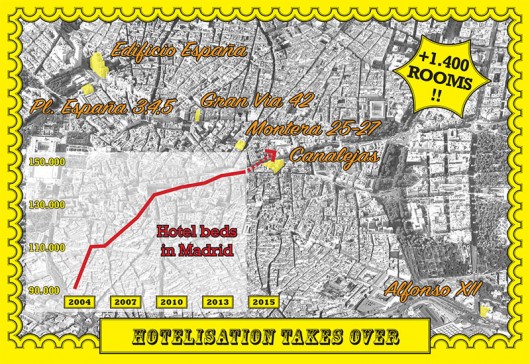 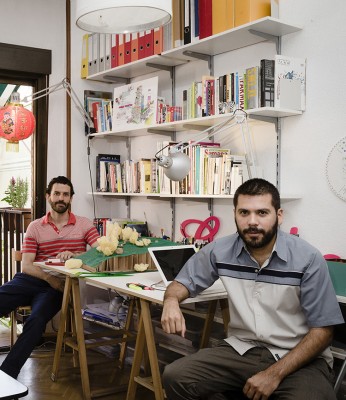