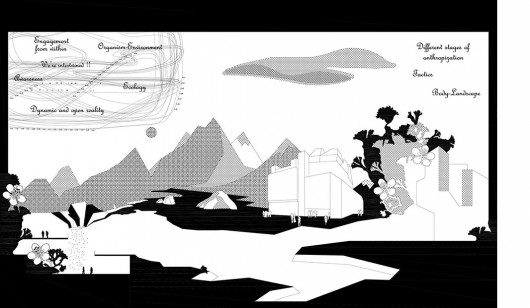 
"One aim of a radical democracy project should be to preserve one's own power for "radical imagination", which means the capability for utopia, for thinking the Other."
Ernesto Laclau and Chantal Mouffe, 1991

The production of new collective images, the expansion of the possibilities of reality through the most radical imagination, and the visualization of new scenarios is a fundamental part of an ideal ecosystem.

An ecosystem in which the relations in between organisms- human or not- and their environments- built or not- arise from the concerns related to the three ecologies: environmental, social and mental (imaginative).
We propose to go deep into our capacity as imaginative society to take a role to implement a different city. A city able to involve each and every one of the agents implicated following a “middle-out” urbanism.
We propose the production of a series of visions, able to be shared by everybody and at the same time, able to be open scenarios to develop the future: each individual could project and integrate itself with them. The role of the architect in the “middle-out” urbanism, can be that one of a mediator in the generation of these images and common visualizations.

We will work in the yet existing reservoirs that our city has. Reservoirs of biodiversity, of environmental infrastructures to be developed, of imagination about alternative spatial practices and of non-totally determined spaces- informal ones.
We find these reservoirs in the so-called third landscape of Madrid. A place where new imaginations and their practices, as well as their associated environmental or social infrastructures, can provoke the rising of an evolved city. A city that we can reach only changing our priorities, following the way of thinking that we call imaginary pragmatics. 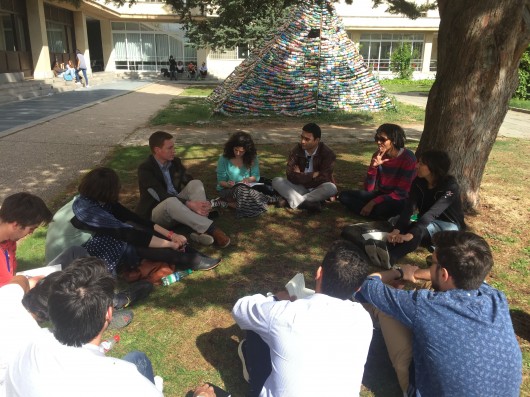 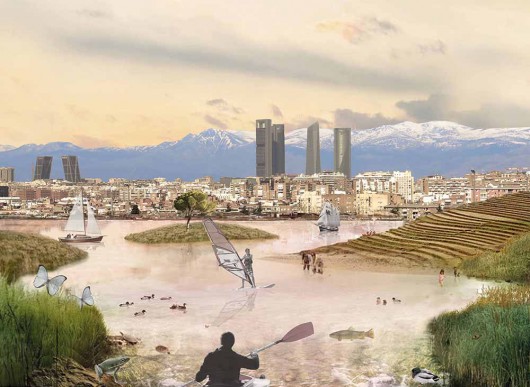 Waterscape scenario located in Madrid's 'waste grounds' network, as opportunity to storage water and depurate it. Once this exists, the whole on-going urban planning and ecosystem of the city would change: increasing of biodiversity; higher relative humidity; 2 m2 of surface of water with macrophytes plantation depurates one inhabitant residual water.
( Madrid waste grounds network have an area of 2337.53 Ha ) 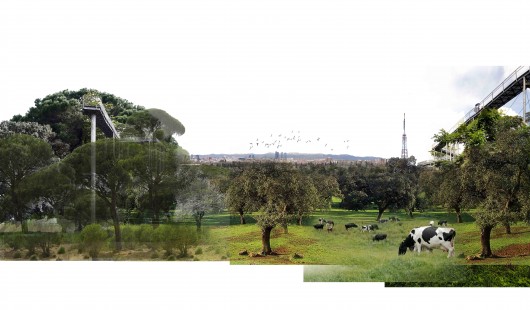 ‘One aim of a radical democracy project should be to preserve one’s own power for ‘radical imagination’, which means the capability for utopia, for thinking the Other.’
(Ernesto Laclau and Chantal Mouffe, 1991)

Imaginary Pragmatics produces powerful images proposing imaginary solutions based hard data. They worked on three scenario’s: a waterscape scenario, a forest scenario, and a mountain scenarioand worked in the yet existing reservoirs that the city of Madrid has. Reservoirs of biodiversity, of environmental infrastructures to be developed, of imagination about alternative spatial practices and of nontotally determined spaces- informal ones. 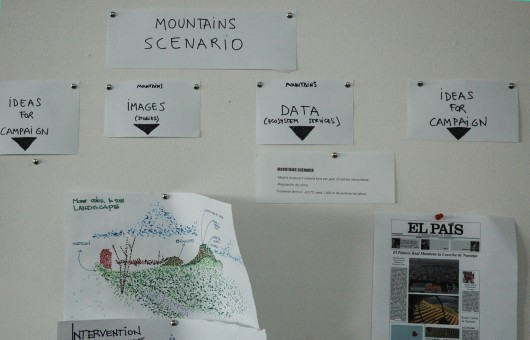 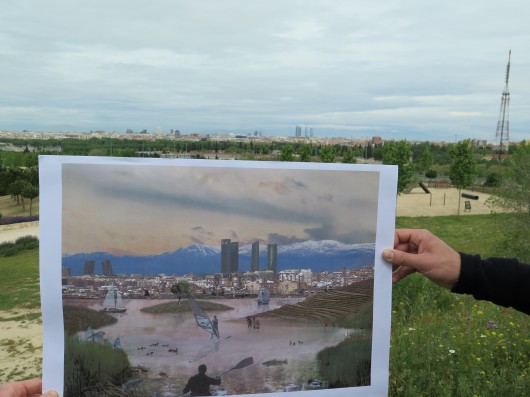 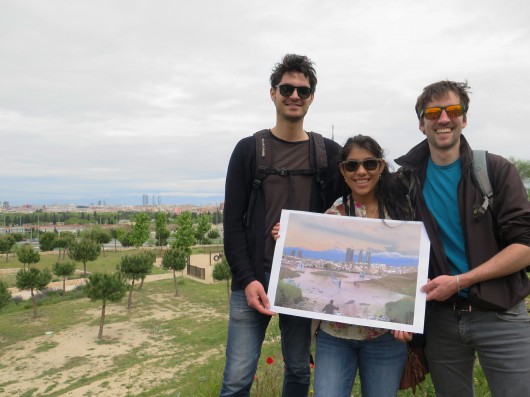 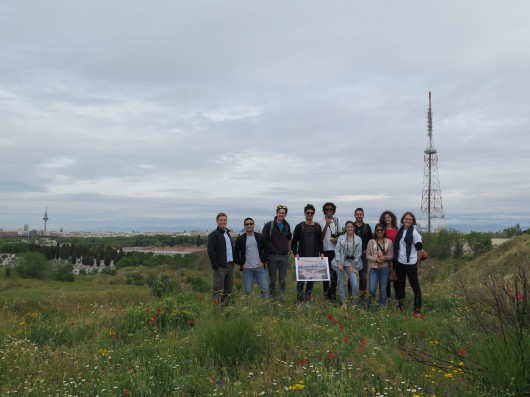 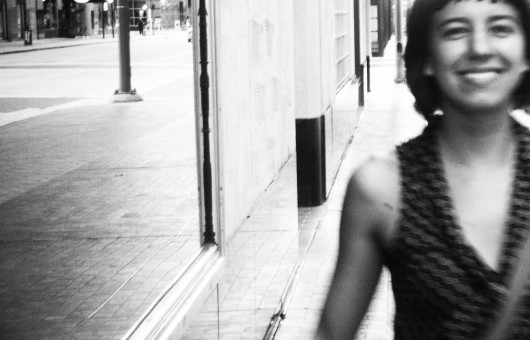