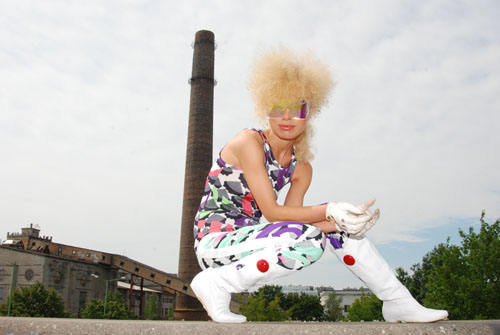 The first Archiprix International was held in 2001. 145 Projects were admitted. The Tallinn University Campus, Veronika Valks graduation project was one them.


Why did you choose this topic, the development of the waterfront of Tallinn into a multipurpose university campus?
The development of Tallinn waterfront has been a crucial topic throughout the history of the city. During the Soviet era, all of the bay side was a military zone. Ever since we regained independence, architects, urban planners, policy stakeholders and creative leaders have been producing various scenarios to redevelop the waterfront in such a way that it would enable Tallinn to make a leap forward in terms of contemporary urban planning, making full use of the 'brown land' territory on the waterfront. A competition was held in 2000, asking for comprehensive ideas for the development of the bay area nearest to the city centre. My colleague Villem Tomiste and I won that competition. It was only logical for me to continue the research to diversify the integrative programming of the bay area into a vibrant city fabric.

It has been ten years since you graduated. What does the location look like now?
Nothing has changed much when you are taking a walk or making a photo, yet I believe a huge mind-shift has occurred in the way locals think of the waterfront. They look at the same site with different eyes, through another lens which might be sharper. Currently the agenda for 2011, when Tallinn becomes the European Capital of Culture, is helping to nurture grassroot initiatives and focus broader public attention on the importance of asking not only when and why we need to reopen the city up to the water again, but more significantly: HOW do we do it so that it is most beneficial to coming generations.

Your project addresses many scales, from large (infrastructure) to small and even art. Is it important for you as an architect to address all these issues at the same time?
I truly believe we need out-of-the-box institutional vision for the future and detailed solutions carried out by the locals. The architect must facilitate both sides professionally, offering alternatives and arguments for the broader vision as well as providing inspiration for bottom-up action. The skills and training of the architect are singular in a sense that no other profession has the agility first to absorb various layers of information and then to visualize the future scenarios effectively via contemporary technological tools such as virtual spatial modelling.

What did you do after your graduation?
I started an office, Kavakava. I kept on winning competitions, realized a few buildings and public spaces, and still felt as if I was only dealing with the institutional side of the brain. Architecture competitions are set up by authorities, therefore we, as architects, are responding to commissions often formulated for a bygone era. To regain the balance, I also kicked off Tallinn Festival of Light (Valgusfestival), which was an activity to enhance its urban lighting agenda; it encompasses the grass root side of the brain. From November to February is the coldest and darkest period of the year. The scant daylight, the loneliness, and reduced physical activity have a negative impact on the mind and body of the people. My contribution was to use the festival events as an urban planning tool, to channel public attention to several underused parks and spaces especially on the waterfront by promoting the seafront and opening it up to the public. The art of light not only deals with aesthetic improvements in the bleak midwinter, but also aims at a positive impact on health: smart street lighting might help to put a smile back on people's faces during the winter blues. 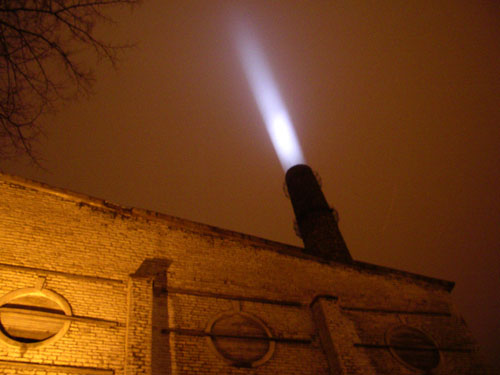 When did you start your current office Zizi & Yoyo?
Zizi & Yoyo grew out of the Valgusfestival events and was started in partnership with Yoko Alender, as a collaborative office for architecture and event-production. At the same time, I kept on working on architectural projects as well as initiating another grassroot development: Kultuurikatel. In my graduation project as well as in my winning competition entry, I had already suggested that this former heating station near the waterfront should become a creative hub. In subsequent years, 2006 and 2007, we made some of the most relevant Valgusfestival light art installations in and next to Kultuurikatel, in order to draw public and municipal attention to this magnificent site.
In fact, as one thing led to another, it was due to the requirements of Kultuurikatel that we started collaborating with graphic designer Helene Vetik: Kultuurikatel needed a logo and a website. The combination of architecture and graphic design has proved a fertile one. The nature of Zizi & Yoyo has always been 'architecture + ... ', be it film-making, social sciences, sound, poetry, robotics, etc.

Zizi & Yoyo even published a book for children.
We kicked off the Draakon-Lilli Initiative in 2008, aiming at enhancing children's spatial self-expression skills after  teachers pointed out the 'flattening' of children's view of the world. Awakening the spatial sensory system helps children reconnect with reality. The first publication entitled A Survey of Dragon-Lily's House by the Japanese architect Riken Yamamoto was distributed to all high schools in Estonia along with a workbook of assignments for art and natural sciences teachers to integrate the book and worksheets in the accredited curricula. The Draakon-Lilli Initiative helps to introduce and familiarize foreign cultures, thus eliminating barriers to further intercultural dialogue and cross-border co-operation in all fields of fine arts and sciences.

Recently you did an installation called Johan23:Poet. What is it about?
JOHAN23 talk-installation dwelled upon the history of recent architectural Utopias from the period between 1989 and 2004, projected into the future and reflected back to the present. Several talks were held within the confined space. The events synthesized concepts of the role of the architect under the current economic crisis: architect as optimizer? What is the substance of architecture without which it ceases to exist? According to Jeffrey Kipnis, architecture really does nothing else well than constitute new feelings. New feelings mean new politics, new states of consciousness. Thus, how does architecture produce new effects? The spatial setting was designed to augment the fluid effect of the global architectural discourse and to empower the impact of the talks presented on the walls.

What kind of projects are you working on right now?
A project called Welcome to the Baltic Riviera! Zizi & Yoyo is a partner at the Baltic TurnTable (BTT), an initiative set up by research and cultural institutions around the Baltic Sea, with the ambitious goal of highlighting the potential of the Baltic coastline as the leisure landscape of tomorrow. It only comes to life if the concept falls on fertile ground on a local scale, among municipalities and dwellers along the coastline itself, and with the help of landscape and urban designers who are willing to take on the challenge. Looking from Estonia, our hopes lie largely within Tallinn's catalyser programme for 2011. The main centrepiece of that year will be 'Kilometre of Culture', which opens the city centre up to the waterfront. Tallinn's opportunity as a 'talent city' can be characterized as the Scandinavian version of the 'Wild Wild East'. From an urban-planning and landscape-design point of view, the waterfront and the 'new city' can be perceived as a testing ground: the laboratory of contemporary ethical creativity. Hope to see you in the laboratory of the emerging Baltic Riviera!