According to many, the soviet city model and the logic of a market economy are incompatible. This opposition has consolidated in well-established vocabulary surrounding the notion of “post-soviet”, probably the most used and abused term in architectural debates of the last 10 years in Russia; polarizing the architectural discourse between “before” and ”after” the regime, “eastern” and “western”, “bureaucratic” and “informal”, “open” and “closed”, “public” and “private”, overlooking the more complex relations that define the contemporary city.

The workshop will focus on problematic state of one of the largest spatial components of Moscow’s urban fabric and youngest in its history – the porous open space between the residential districts of the microrayons, in the peripheral ring of the capital - “THE GREEN”. Rather than defining and describing these areas as a result of complex historic social and political shifts, we propose, for the sake of the exercise, to consider them as fruit of instant history, and to explore their (dis)functioning today.
What is the state of THE GREEN and what is the relationship between the apparent ambiguity concerning its use, programming, ownership and maintenance?

Reviewing the existing categorization of THE GREEN (forests, parks, squares, green belts, lawns, flowerbeds) and introducing new parameters – such as intensity of use, scale of neglect, functional instability or relationship to the infrastructure – enables to rethink THE GREEN beyond its spatial typology. Working on the premise that abandonment (strategic or spontaneous) and wilderness are part of the contemporary urban vocabulary as much as intensification, the aim is to explore sites of (in)activity and change in need of administrative attention, and to suggest new meanings, uses and design tools necessary to convey the potential of this dormant component of Moscow. 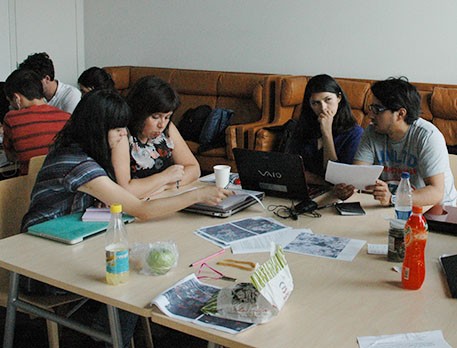 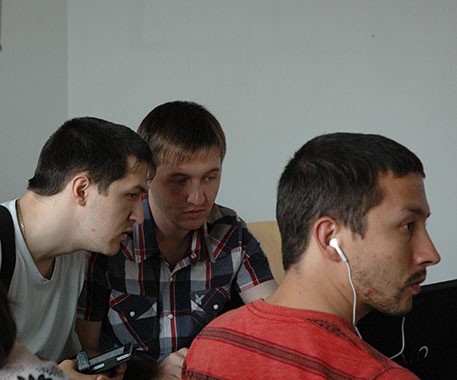 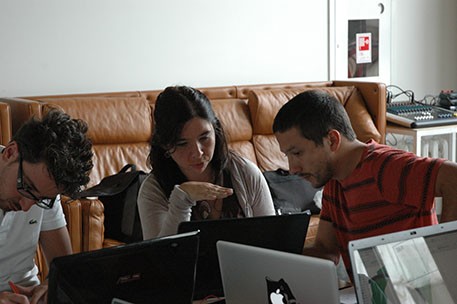 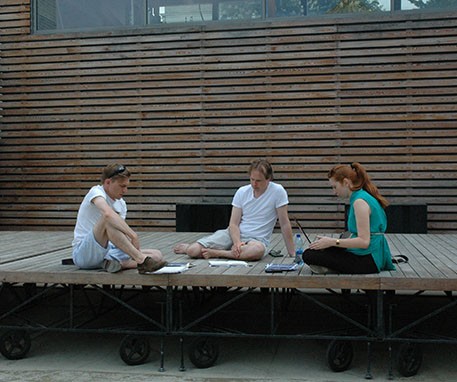 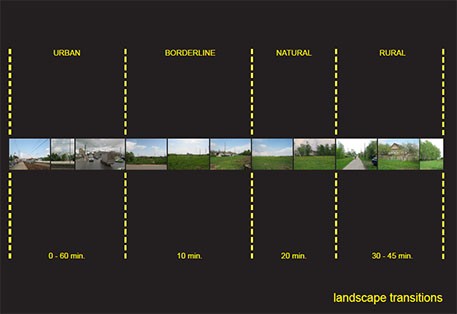 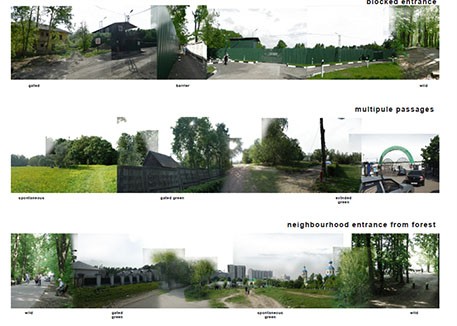 The Green
What use to be on the edge of the town, is nowadays a green hole in the city. What is and can be the meaning of these in-between spaces?

The Green is split into two. The North group is looking at a forest-like park that can be interpreted as a barrier between to two residential quarters. The park hosts many activities like horse riding, sun bathing and a boot camp. After analysing these activities and looking close at the surrounding neighborhood, group North will formulate potentials for the park through which new connections between the neighborhoods can be created.

The South group is looking at a small community surrounded by green, and 'isolated' from the city because of the circular train track that runs around the neighborhood. The testing track is still in use with trains passing every three minutes. The green between the houses and the track is mostly leftover space. Group South want to establish if the green is truly 'unidentified', or if it has an identity on its own. Depending on the outcome, they will make propositions for the green.

The Green group looked at two different sites. The Yasenevo-Chertanevo Bitsevsky forest park which is situated between two residential areas. And the residual green space of Novokuryanovo.

The Yasenevo-Chertanevo Bitsevsky forest park serves the needs of the people living around the green area. The problem occurs at the edges where erosion takes place in the form of build structures invading the green space. To stop the erosion and to make the park better accessible, the group proposes the so called Bitsevsky Belt, that borders the park. In this zone recreational activities are planned. At night lights will mark the Bitsevsky Belt.

The participants who worked on Novokuryanovo started their presentation with a disclaimer: their proposal would not be big and hip. A thorough analysis let them to the conclusion that there was no real problem with the green space. To enhance the quality that is already there they proposed small scale interventions to gasp the best sound experience, the best view, and the best perception.

Photos of the group