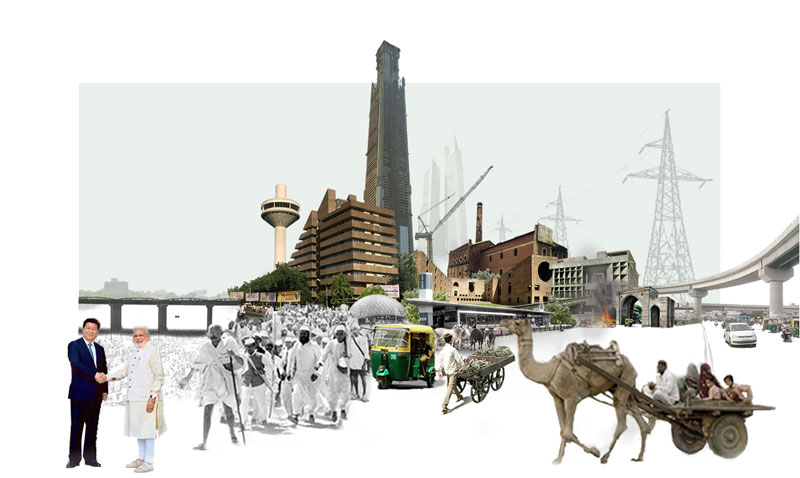 Archiprix International Workshop 2017, hosted by CEPT University in Ahmedabad, invites a selection of the best recently graduated architects, urban designers and landscape architects worldwide to address the paradoxes of making a habitat in this city of opportunities and contradictions. Through design proposals and critical reflections placed in relevant locations and controversial arenas along a cross­section of Ahmedabad, participants and workshop leaders are challenged to explore the potential and manifest the value of the role designers can play in the current global urbanization process.

Historian Howard Spodek(1) portrayed Ahmedabad as the ‘shock city of 20th century India’ as it was 'the centre of problems, (...) and it provoked sharply different reactions from visitors’ and from its inhabitants. New directions of an urban future have been tried out in the city with disjointed and patchy reactions during and after the twentieth century when it has experienced infrastructural, environmental and governmental challenges due to rapid urban transformations. Ahmedabad can be looked at as a city of paradoxes.

Ahmedabad was one of the first cities in India to be industrialised in the mid 19th Century and its main textile labour union became a model for the rest of the country. However, with the following liberalization of economy and the diversification of industry in late 20th Century, it also lead the way of downgrading labour and deserting obsolete industrial infrastructure within its boundaries.

The city established one of the first municipalities in India that served as a national reference in service provision to the working classes, and still it has recently worked as a laboratory of public­private urban development with unclear redistribution of capital gains and resulted in multiple urban displacements.

Gandhi­-led non­violent movement against untouchability was launched in the city, and yet Ahmedabad has also witnessed riots of communal nature. Also under Gandhi's guidance, Ahmedabad became the headquarters of the freedom movement that fought against colonialism, and immediately after independence, it became pioneer in the westernization of education and culture. Accordingly, Ahmedabad embraced modern architecture and it is unique in having four of its masters invited to build inside its limits (Le Corbusier, L. Kahn, Frank Lloyd Wright, Buckminster Fuller)(2). At the same time, it is also the first city from India to have nominated its historic area as a UNESCO World Heritage City.

Today, Ahmedabad is pitched as a Mega city with Smart city strategies(3) and is one of the fastest growing cities in the world(4). Yet again, it is on the frontlines, not only of India but globally. Following its tradition as a shock city, it has become the testbed in which experimental projects, policies and mega­futures are being implemented with uneven results and disjunct responses. Its inhabitants are dealing with a conundrum in common with many other rapid growing urbanites worldwide, specially in the so called global south(5). As in other indian cities, in which the demographic, environmental and economical pressure is sheering, there is a strong demand on making. Infrastructure, buildings, plans and policies are been developed and updated at an increasingly fast pace. Its paradoxical outcomes range from building new gated communities to existing villages being engulfed, from aspirational aesthetics of the global world to the pastiche architecture in memory of its glorious past, from greater mobility (BRTS, Metro Rail) and possibility of public places (Bhadra Plaza Redevelopment, Riverfront development) to the selective access to housing and public services.

A first hand experience through a cross ­section of the city gives a unique picture of the varied and irregular responses that its inhabitants are giving to this context. The desire to create one’s own habitat has resulted into countless personal, local and partial stories of Ahmedabad that describe the everyday life of the people living here. A culture of inhabitation and customization permeates every corner of the city bringing together the informal settlements and the brutalist concrete megastructures. It is reflected in the personalisation of the suburban villas on one end and the interiors of an auto­rickshaw on the other. In fact, it is this understanding of the urban built environment as a social practice(6) that can humanize the overwhelming numbers of such a city and weave a guiding thread through it. Thus, the key question that architects, urban designers and landscape designers participating in the workshop will address is how to bridge the gap between the grand strategies of geopolitics and the little tactics of the habitat?(7). Can their tools be useful in this context of productive uncertainty?(8). Is it possible to both promote an open empowered inhabitation of the built environment while securing an even redistribution of the surplus value among the diverging stakeholders involved in the development dynamics? What approach can integrate various scales and accommodate diverse unforeseen scenarios providing specific answers to all of them? How can we make habitat in between megacities and micro­narratives?
­­

(2) Only the works of Le Corbusier (ATMA, Sanskar Kendra, Sarabhai House, Shodhan House) and Louis Kahn (IIM, Ahmedabad) got built in the city.

(3) Please refer to the Smart Cities Mission by Government of India at: smartcities.gov.in 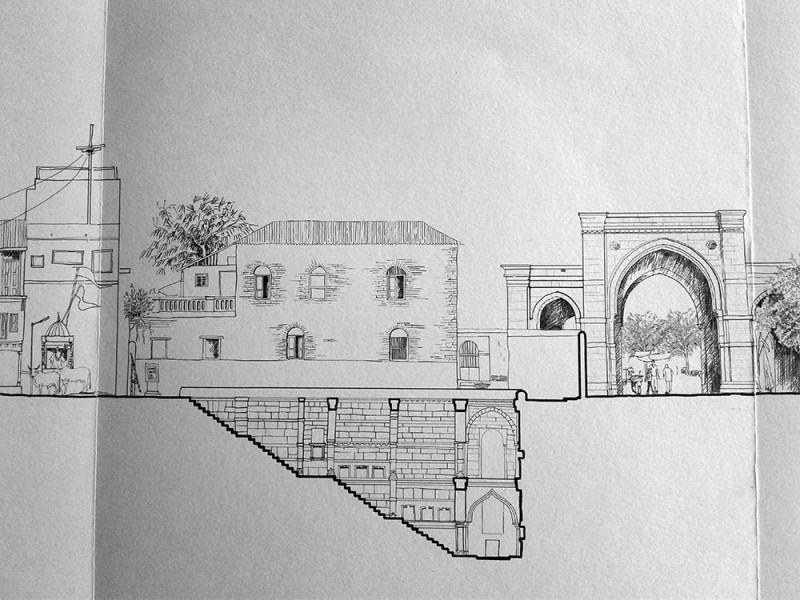 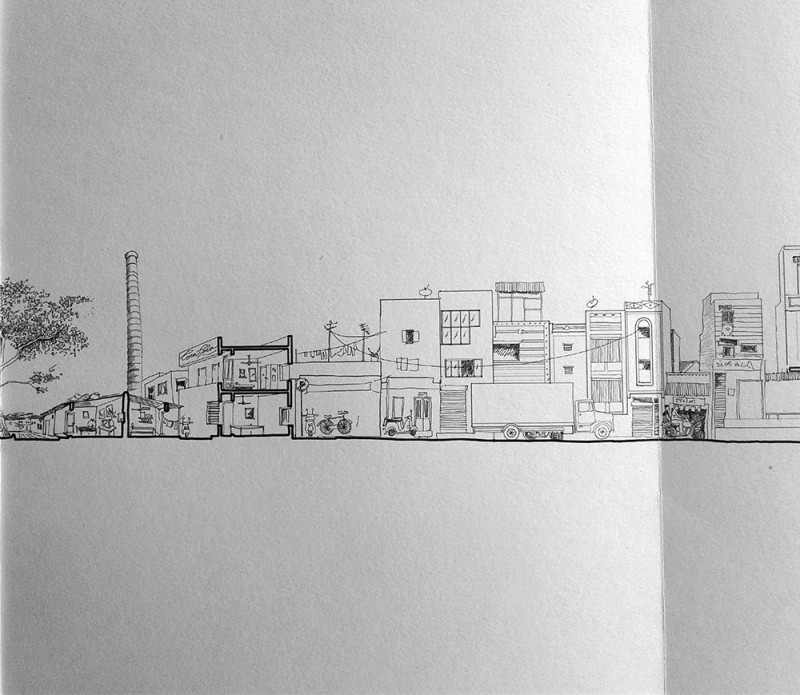 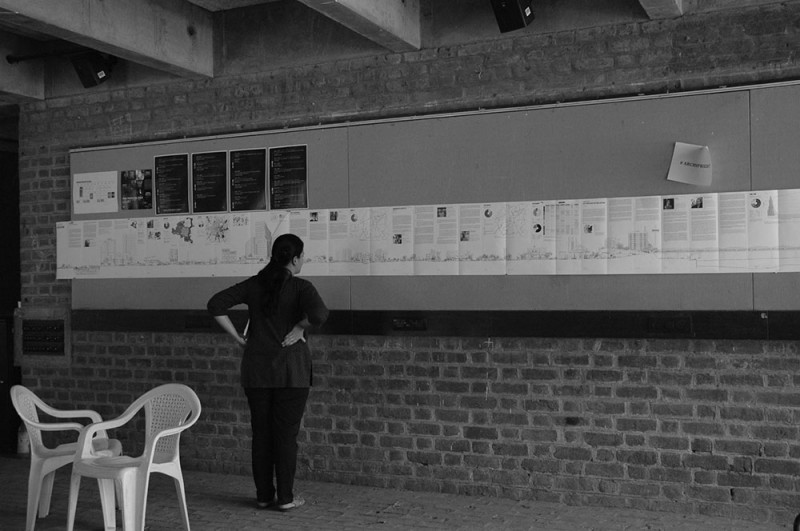 Ahmedabad is many places

Ahmedabad is many places, as the global brief of the work curators Jigna Desai and Íñigo Cornago explains. The workshop leaders were asked to formulate workshop themes and to pick locations along a given cross section from the outskirts of western Ahmedabad, where the new high rise apartments are build to the city boundary in the east.

What was first a line on a map evolved over a period of six month through thorough research by the curators with the help of Cept students Sneh Sald and Tanya Shah and onside sketching and measuring by Cept students Tanvi Jain and Chandani Patel, into a 9 meter long hand drawn cross section of the city with essays on various subjects by experts. The stunning document serves as a guide of Ahmedabad for the participants. 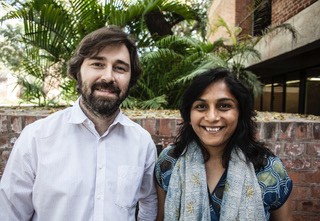 Workshop coordination and global brief by Jigna Desai and Íñigo Cornago Bonal CEPT university. The workshops take place from Wednesday the 1st till Thursday the 9th of February.


GLOBAL BRIEF
Hybrid Use Spaces
Forgotten Voices
Does this make Sense!?
Vacant Land in a Dense City
The Waste of Time
Urban Fabric Structures
Developing People's Places
Tactics of Bricolage
The City Positive
An introduction to the city through the culture of play
Water and the City